The City of Edmonton is striving to create a more liveable city by proposing to reduce the speed limit on collector and residential roads in the core. These proposed changes will help City Council move closer towards their Vision Zero goal, which is a long-term goal striving to create a city with zero traffic-related fatalities and serious injuries by 2032.

But, will reducing speeds in Edmonton’s core make a difference?

City Council first introduced their Vision Zero strategy in September 2015, becoming the first city in Canada to adopt such a goal. In 2019, 14 people died from collisions within the City, a 26% decrease from 2018, and the lowest number of deaths since 13 in 1999. This is a huge achievement for Council as the municipal census indicates that the population has grown by over 300,000 people since 1999. City statistics also reported that the number of severe injury collisions also decreased in 2019 by 25% to 240.

Since 2014, the year before Edmonton adopted the Vision Zero strategy, the number of traffic deaths has dropped by 56%. These statistics indicate that the reduced speeds across the City are increasing traffic safety for drivers, pedestrians, and cyclists. By looking at these statistics, you can understand why City Council is proposing to reduce the speed limits in Edmonton’s Core Zone. 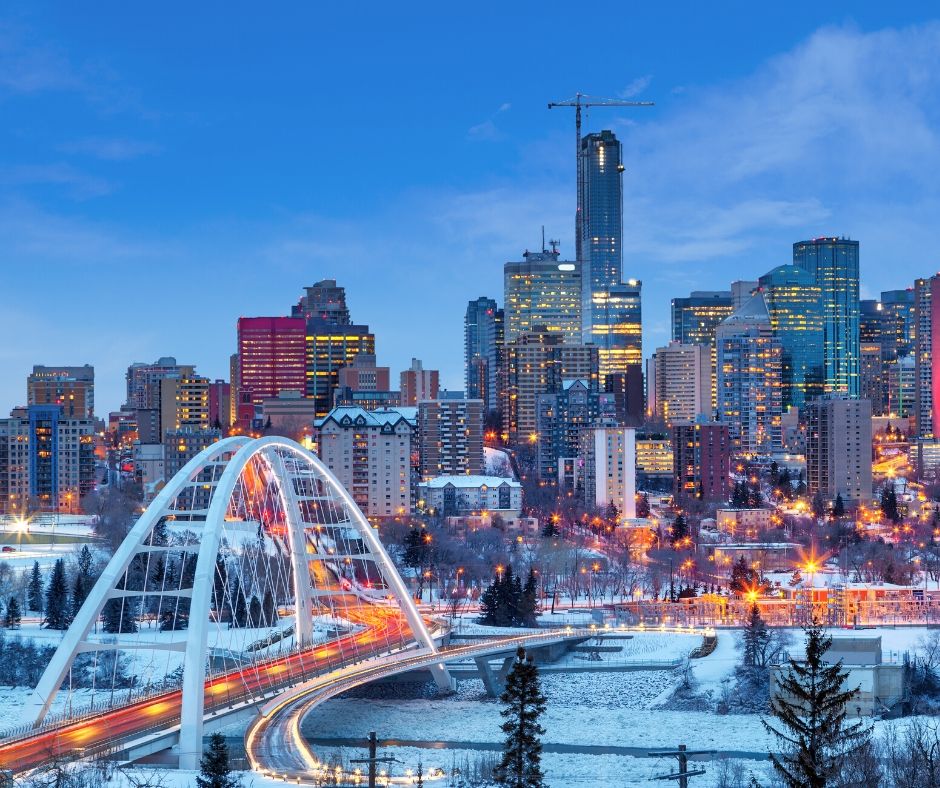 Council is still finalizing the proposed boundaries of Edmonton’s Core Zone, but at the time of this writing, it includes as far north as 111th Avenue to 142 Street and 75 Street, then south to 61 Avenue.

The City is proposing speed reductions to 40 km/h on pedestrian-heavy streets, which would include Jasper Avenue between 97 and 124 Streets and Whyte Avenue between 99 and 112 Streets.

Pros and cons to reducing speed limits in the core.

For commuters, their first concern with the reduced speed limits is that it will increase their travel time throughout the Edmonton. To combat these concerns, the City created an online Estimated Time of Arrival (ETA) Tool for residents to estimate how much the proposed speed changes will impact their commute. For the majority of drivers, it looks like commuter’s times may only increase by a couple of minutes with these proposed changes.

Pros for these changes include safer neighbourhoods and communities, especially on dense pedestrian traffic streets such as Whyte Ave and Jasper Ave. Reduced speed limits will likely lower the number of serious car accidents and injuries, increasing traffic safety for all. A city where there are zero deaths from car collisions is an ambitious goal; however, with the steps City Council is taking, it could be achievable.

As a personal injury law firm, we are very supportive of these speed limit changes. Not only because it may reduce the number of deaths related to motor vehicle accidents, but because it may also reduce the amount of car accident injuries. Witnessing the number of people who can no longer work, who live with chronic pain, or who have experienced PTSD as a result of a serious car accident in Edmonton is heartbreaking.

As much as we are grateful to be able to help these individuals receive the compensation they deserve from a motor vehicle accident, we wish no one ever had to go through this experience.

Until we have reached Vision Zero, motor vehicle accidents are still going to happen. If you have been injured in a car, truck, motorcycle or other vehicle accident that was someone else’s fault, give us a call McGuiness Law for advice. We have years of experience in working with clients who have suffered injuries in motor vehicle collisions, and we fight for the compensation that you deserve.

Give us a call, and you will know your case is in good hands. Book your free consultation with McGuiness Law today by calling 780 900 7941.