Sexual assault is a gendered crime. In 2016 and 2017, Statistics Canada reported that 55% of sexual assault victims were females between 15 to 25 years. In Alberta, 2 in 3 females and 1 in 3 males have been impacted by sexual violence at some point in their life. Sadly, the perpetrator is usually someone they know. 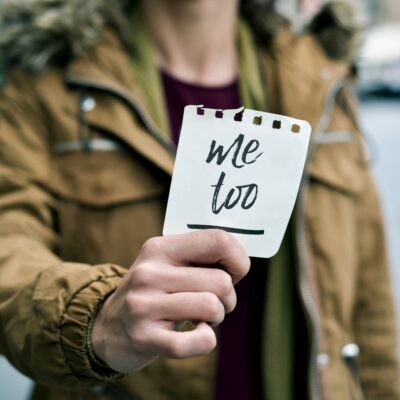 Only 1 in 20 sexual assault cases get disclosed to the police every year.

Unfortunately, the number of cases that go unreported to Edmonton police is significantly higher.

The reasons why victims choose not to report their cases vary, ranging from the fear of being blamed, retraumatization, embarrassment, or not being believed. For some women, they’ve attempted to report their case to the police, only to feel police lacked empathy or training to handle these types of situations, as shared by a BC sexual assault victim in CBC News.

As a result, many victims of sexual assault are pursuing justice through alternative avenues other than criminal proceedings. These avenues include civil claims and social media.

HOW IS A CIVIL LAWSUIT DIFFERENT FROM CRIMINAL SEXUAL ASSAULT PROCEEDINGS?

Although there are many differences between the criminal and civil court systems, a primary one is proving the accused is guilty. In a criminal court, proof of the accused person must be “beyond a reasonable doubt.”

In the civil court system, proof is on a “balance of probabilities.” A 51% probability that the incident occurred means the victim may receive compensation for losses or injuries that they have suffered.

Woman’s lawyer, Janelle O’Connor, explained this the best in an interview with CBC News. She said, “It can feel like the criminal justice system punishes perpetrators, whereas the civil justice system provides survivors with compensation for what they’ve endured.”

Many women use social media as an anonymous way to share their story to feel heard and validated. It is also a way for women to warn others about a particular person in hopes no one has to go through what they have.

Survivor Stories Project on Instagram is an example of one of these accounts, based in British Columbia. These types of accounts have been praised by advocates and survivors for giving them a voice – especially when the criminal justice system let them down.

However, many of these accounts are being threatened with lawsuits. An example was the Instagram account Victims Voices Regina. In August of 2020, a $1 million lawsuit was filed in the Court of Queen’s Bench by a Regina teacher accused of sexual assault on the Instagram page. These allegations can negatively impact a person’s reputation, costing them their job, ruining marriages, etc. As a result, Victims Voices Regina closed the account.

Although the social platform has helped survivors feel heard, it may not be the best way to feel like you’ve received justice.

As an all-female law firm, we are here to help support you without any judgment. We provide a free consultation and can answer any questions you may have.

If you decide to move forward with your case, we cover all the costs, and you will not have to pay for our services as our compensation will be deducted from your settlement and is typically lower than industry standards.

If you are a Survivor of Sexual Assault and would like to move forward with your case, please do not hesitate to contact our team at MCGUINESS LAW by calling 780 900 7941.